Jackals in Finland, just 4 degrees below the Arctic Circle

Finland and "The Battle of the Jackal" - GOJAGE News

A message to GOJAGE community and to Finland Environmental Board

They have, or at least this one individual has, arrived to Finland. Below is a photo taken from a car in Eno, Karjala, Eastern Finland.

Thank you for coming to The Battle of the Jackal in Marathon Bay, Attica, Greece during the 2IJS organized by Dr Giorgos Giannatos, last November 2018.
Thank you for your scientific work in the field of jackals!

THE NEWS (the picture) in Finland! 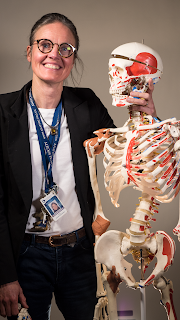 On 26th of July 2019 Dr Suvi Viranta-Kovanen announced GOJAGE members the first sighting of the golden jackal in Finland. She works at University of Helsinki as a Senior Lecturer in Anatomy at Faculty of Medicine and Adjunct Professor in Paleobiology at Faculty of Science.


In 2015, we thought that jackals arrived to Karup, Denmark via Finland and Sweden or directly crossing the frozen Baltic Sea. Who knows how they arrived to Denmark? It was Dr Miklós Heltai, (the future director of the 3rd International Jackal Symposium, to be held in Gödöllő, Hungary in 2022) who announced the great news of Jackals in Denmark in September 2015.

Suvi is GOJAGE Responsible and Representative in Finland since she was participating at the 2nd International Jackal Symposium in Greece in November 2018 when she was one of the speakers during "The Battle of the Jackal" with her work "Rediscovering the African Wolf" presented in Marathon Bay, Greece, Attica after 2508 years from "The Battle of Marathon". It was about jackals and African wolves during the "Taxonomy" Session of the 2nd International Jackal Symposium. 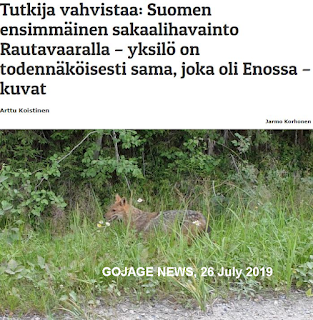 Dr. Nikolai Spassov from NHM Sofia, Bulgaria supported the fact that a wolf-jackal (Canis "lupaster") appears to exist in North Africa from the late Pleistocene. He followed: "However, remains the question: is there a golden jackal (C. aureus or more specific African jackal C. anthus?) together with it in Africa? (Spassov, 2018).

Suvi & "The Battle of the Jackal"

"The Battle of the Jackal" moved now to Finland since Suvi works internationally with molecular sequencing to assess African wolf distribution in Africa, which remains uncertain due to confusion regarding possible co-occurrence with the Eurasian golden jackal. Canis lupaster differs from all other Canis spp. including the golden jackal in its cranial morphology, while phylogenetically it shows close affinity to the Holarctic grey wolf.

Annex Va and VI from the EU Habitats Directive

The golden jackal (​Canis aureus) is a ​Community Interest species​ ("Habitats Directive"92/43/EEC) listed in Annex V a together with pine marten (​Martes martes​), European polecat (​Mustela putorius​) and chamois (​Rupicapra rupicapra​). Monitoring of conservation status is an obligation arising from Article 11 of the Habitats Directive for all habitats (as listed in Annex I) and ​species​ (as listed in ​Annex​ II, IV and ​V​) of Community interest.
Consequently, this provision is not restricted to Natura 2000 sites and data need to be collected both in and outside the Natura 2000 network to achieve a full appreciation of the conservation status.
The main results of this monitoring need to be reported to the Commission every six years according to Article 17 of the directive. Article 14 places a requirement for further surveillance of exploited species of flora and fauna listed in Annex V where necessary. Only after monitoring and scientific reports to the Commission, management measures can be assessed. When management measures are applied in case of ​Community Interest species ​like the golden jackal or chamois a series of hunting methods should be avoided. These hunting methods which are​prohibited are listed in the Annex VI of the "Habitats Directive" 92/43/EEC. 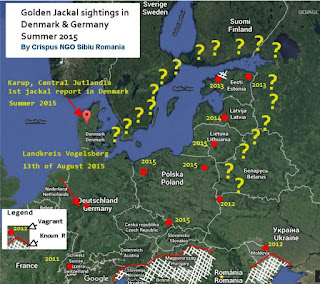 In 2015, when Jackals were first sighted in Denmark

The Battle of  the Jackal in Finland

It is mandatory to know how to communicate with the Finish Scientific Community and the Finish people. We will be ready to inform that the jackals are omnivorous species with an opportunistic behavior and that they arrived using the natural pathways and that they did not harmed (yet) the protected biota in any natural reserve of this planet Earth and that they maintain decent numbers in other new settled areas without exponential grow. They are not Invasive Alien Species.

Jackals have to be monitored in Finland even better than in other countries and policies of management have to start only after the accurate monitoring of this species which remains fragile and have to fight differently for its survival in these boreal biogeographic regions. In Estonia the depredation and the interaction with other con-generics like Red fox is more aggressive as shown by Peep Männil, our Representative in Estonia in a video during the 2IJS in Greece. Together with Mrs Kaja Lotman and Mr Aleksei Lotman from Matsalu NP they could start in a correct way and understanding the complex management of the jackal species.

GOJAGE fully supports Dr Suvi Viranta-Kovanen to represent our informal community and to help for the conservation efforts of the golden jackal in Finland. We are ready to plan our first Bio Acoustic Monitoring survey in the region of Karjala, where the first jackal species sighting to Finland was recorded with the aim to assess the time and the size of this new European golden jackal species cluster, the northernmost in the world.

Prof. Emerit. Heikki Henttonen explaining jackal sighting and the first report of the jackal in Finland to the local media MTV Uutiset in Finnish.

Welcome to Finland!
We hope soon you will arrive to Iceland.

We hope to see you again in Hungary in 2022 for the 3IJS (3rd Jackal International Symposium).

Or sooner? near Eno, Karjala during the first Finnish jackal B.A.M. survey!
You have our support and all that you need to help the jackal survive in such an environment! 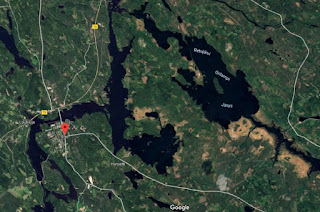 It seems, that we need a boat...
Best regards,

Thank you again for all your efforts to join the 2IJS! Good luck with the new friend!

Posted by GOJAGE member at 9:02 PM