An update situation of golden jackal expansion in Ukraine was sent to GOJAGE by our colleague Dr Igor Zagorodniuk from National Museum of Natural History of Ukraine (HERE). 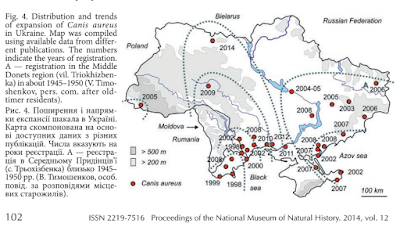 Posted by GOJAGE member at 2:28 PM No comments:

On 6 of April 2016, Mrs Gianna Jann sustained her thesis regarding the chorology of the golden jackal in Europe. Advisor: Dr. Klaus Schützenmeister at University Köblenz-Landau, Mainz Germany 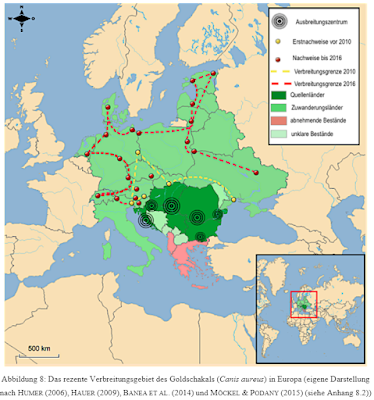 This is an updated review of the golden jackal biogeography in Europe including the movements and last specimens sightings in Denmark, Netherlands, Poland and Germany. 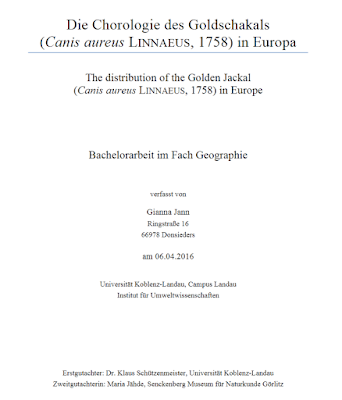 Posted by GOJAGE member at 11:14 AM No comments: