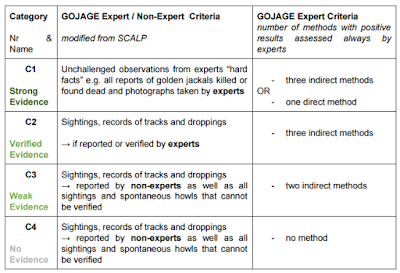 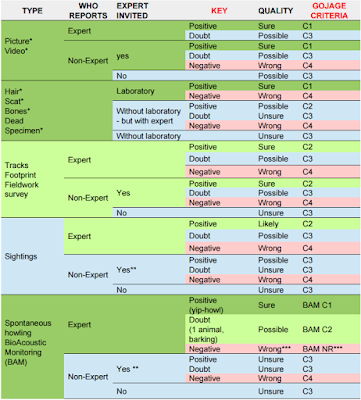 Posted by GOJAGE member at 3:38 PM No comments:

In recent years, the golden jackal (Canis aureus) is gaining attention in Central Europe and increased evidence confirms its distribution, also towards Austria. From the originating countries of the Balkans it expands its area in a natural way (Schwarz, 2013). Previous studies show a large habitat plasticity, which leads to the question whether the golden jackal will be able to find permanently suitable habitat in Austria.
As a result of a literature review this masterthesis presents the summary of identified factors that may play a crucial role in habitat selection of the golden jackal. Despite its generalistic nature, close to its opportunistic choice of food and its adaptability, it is possible to discern trends in its habitat selection: access here.

Posted by GOJAGE member at 4:11 AM No comments:

The "biologic lights" of the night


Age determination, stomach content analysis, parasitology, genetic studies, ecological factors responsible of jackal density studied with bioacoustic monitoring, IR and motion sensor video cameras, dynamic of clusters in target areas will all consitute the holistic approach of jackal ecology and behavior in natural areas from Danube Delta Biosphere Reserve, protected natural areas and hunting terrains from Romania during the next 4 years. RoHilac BioStars is a technical plan which will include several projects. Finally, we aim to understand and act better on jackal specific ecological systems using the principles of applied ecology and to contribute to a Conservation Action Plan of jackal species in Romania. (Here full story and photoreport of CERNICA 2016) 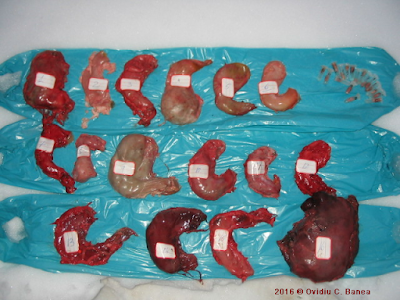 Age determination by pulp cavity-tooth width ratio (first used in analyzing the age of a young jackal female together with zoologist Peep Männil in Matsalu National Park, West Estonia during Baltica 2013) and dentine cementum layers counting on 14 jackals (this method and a combination of the former with the layers counting, was first used in jackals by Ovidiu C. Banea on 8th of February 2016) .
The above photo coresponds to three jackal upper canine analysis. The determinated age of the left specimen was estimated at 34 months, in middle the upper canine belongs to a 24 months old jackal and the right upper canine belongs to a 10 months old jackal. 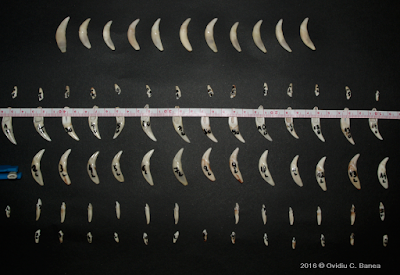 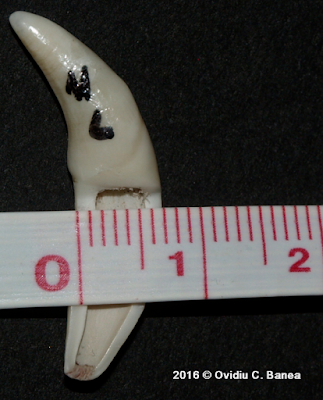 Pulp-cavity/Tooth width ratio in lower right canine (one jackal studied in Estonia by Peep Männil & Ovidiu Banea 2013, O. Banea 2016). The best for analysis as reflected in available literature for other canids is the upper canine. In the analysis was used pulp-cavity/tooth width ratios and cemmentum layers counting for 14 upper canines from legally removed jackals in southern Romania during January 2016. 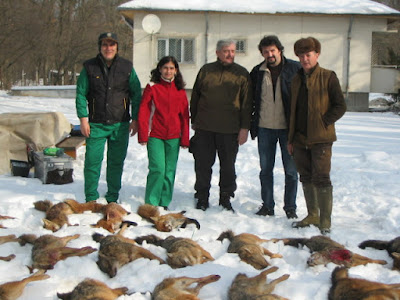 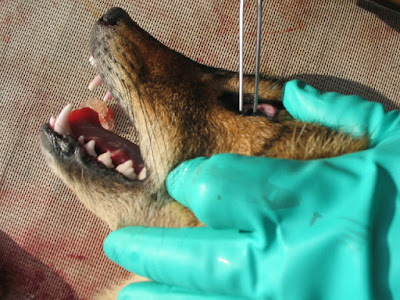 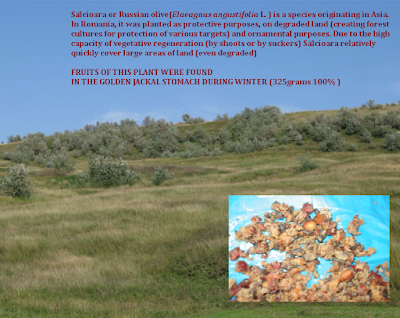 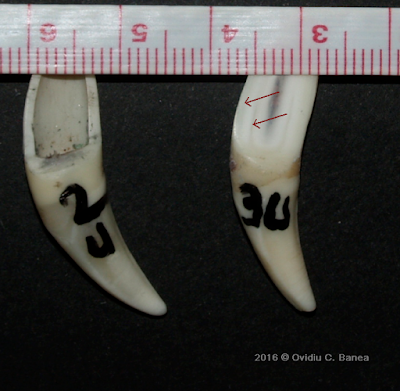 Age determination by dentine cemmentum layers counting in golden jackal species, method first time used for age determination of jackals on 8th of February 2016. The method will be used within the project to evaluate the structure of population clusters from targeted study areas. This tool together with BAM will help us to determine the years with lower jackal offsprings in order to assess conservation and management plan at local levels. 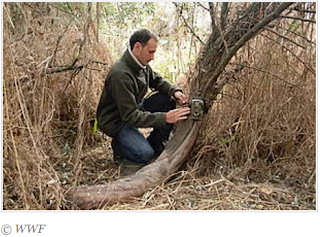 First activity was already performed in base of a cooperation protocol between Ecology Department of Crispus NGO and GAHSF. 17 golden jackals and 4 foxes were analyzed near Bucharest.
Other projects within RoHilac BioStars technical plan will be organized by Crispus NGO and other NGOs or Environmental Board authorities like WWF Romania, ARBDD (DDBRA), etc.