Jackals "KOLE" and "NARIA". News from India and Sri Lanka 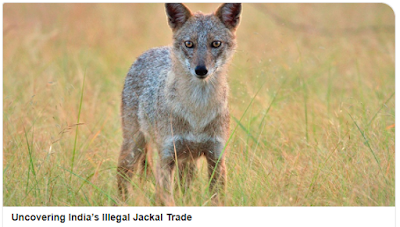 The jackal illegal trade is not only in Europe.

Recently, our colleague from India, Malaika Mathew Chawla, MSc student at James Cook University, Australia published a paper related to this phenomenon (news here) and the paper you can download from here. Her main activity was performed in vicinity of Deussua, Goa Region, west part of India (location here). See pictures below.
In 2018, she studied human- jackal interactions and human-jackal co-adaptation in a semi-urban landscape in Sirlim, South Goa - India. The objective of the project was to understand how humans and jackals share space and resources, public perceptions about jackals, and document any associated traditional ecological knowledge. Her colleagues and her also created a repository of information that highlighted the mention of jackals in folk songs, folk tales and children's stories.

She wrote then: "This is an attempt to create a repository of information related to golden jackals (Konkani name: kole), specifically in the state of Goa. These texts have been retrieved from Goa State Central Library in Panjim, Dr Francisco Luis Gomes District Library in Navelim and a few online sources. Information collated from these books, documents and newspaper articles may give us insights into certain ecological aspects as well as human-jackal interactions that may have lead to the attribution of anthropomorphic qualities to jackals such as being 'cunning' or 'shrewd'. It is important to note that 'jackal' is often mistranslated from Konkani into English as 'fox'. This list maybe useful for students, researchers, historians or anyone interested in Goan wildlife and culture. This is not a comprehensive list; new additions to the list are most welcome."

Now, she and her colleagues published an interesting paper on crimes and jackal illegal trade. Congratulations, Malaika! 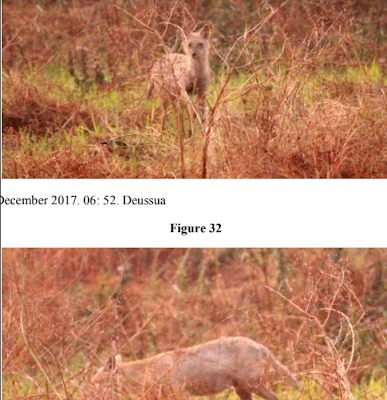 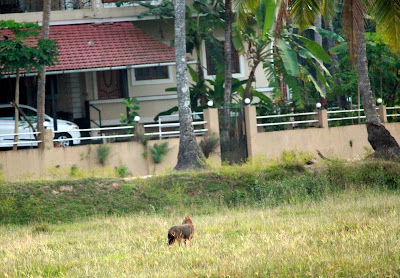 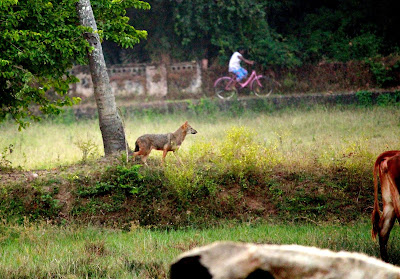 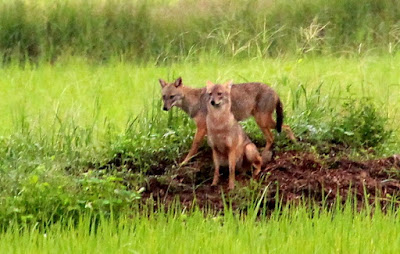 I know this is not with concerns to Europe. But we in Sri Lanka also have golden jackal and I think I’m one of the only people in the island who goes looking for them in the jungles. Everyone else is more concerned with the Leopard. So I have come across a few of them on my journeys, but this one stood out. It seem to be a different color to its mate and every other individual I have seen. It doesn’t look like mange but the mate seems fine and I have never seen mange in the wild only on street dogs. I thought it was mud, but even though everything looks green we were way past the rains and did find any around, I have seen a few go wallow in the mud to cool off, but this didn’t look like it. 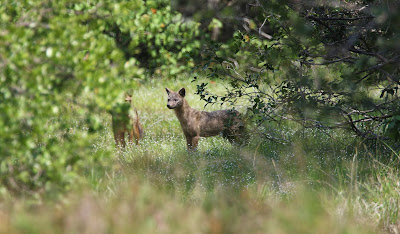 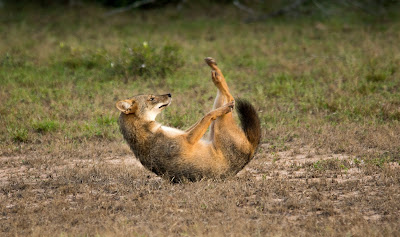 Anyone would know what it is? Or is it just case of a color morph is that common? Lots of possibilities, could be just dirt as well.
Also caught one doing yoga, actually the mate scent marked the area with urine and then this individual went and rubbed and rolled over the location. Would love to know if that’s common and why they do that? 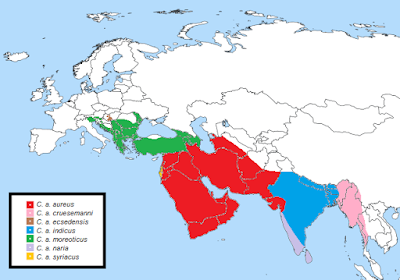 Thank you so much for the beautiful pictures!!!
No, this is not mud. That seems to be the native Sri-Lanka Jackal Canis aureus naria. I remember many years ago we discussed about this. I was at that time looking to morphotypes and I saw the gray looking Sri-Lankan jackals.

In the attached picture I am sending you one from wikipedia and a pair from southern Sri-Lanka Uda Walawe National Park photographed in 2010 (FLICKR).

Now, look to Willpattu National Park three jackals! Photographed on the 1st of March 2020. I just found them on internet. These are on northwest of the island, more proximal to the mainland Indian peninsula, probably near to your region. 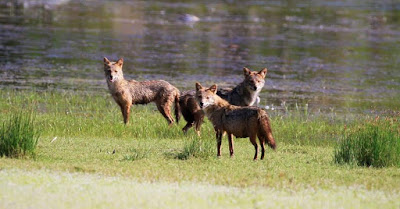 ARE THEY BELONGING TO THE SAME SUBSPECIES?

On these ones I am seeing the white mask and similarity with Canis aureus aureus or indicus? I am not sure (In Europe we have Canis aureus moreoticus). I would like to have an expert opinion.

But, your pictures are showing to me, two different subspecies of jackals (or variations, better say). At least morphologically they are separate.

I believe that Asian mainland indian subspecies Canis aureus aureus or Canis aureus indicus entered (colonized) Sri Lanka, in your pictures you got both of them. Then, the marking one, that is the intruder :). If they were both there for long time, I don´t know.. But from the distribution actual map (above) it seems that in Sri Lanka exists only Ca naria. The map should be actualized if this is true. Further research or scientific documentation would be excellent.

At least, this is my personal opinion!
Good luck!