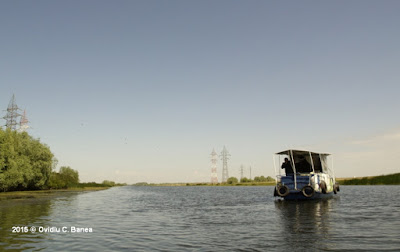 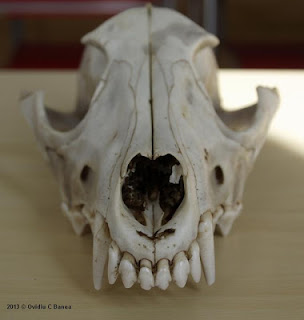 Posted by GOJAGE member at 6:14 PM No comments:

Jackals are collared in Serbia

On 12th of March 2017 GOJAGE Serbia announced that a pair of golden jackals (male and female) were collared at the edge of an urban area of Belgrade. Jackals were collared with GPS collars (GPS/GSM on male, GPS/radio on female) collars. University of Belgrade, Department of Animal Ecology and Geography 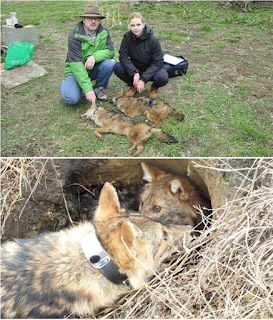 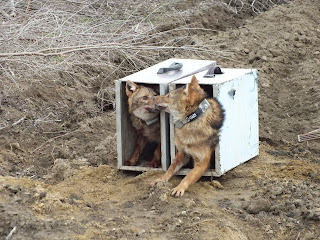 Posted by GOJAGE member at 5:00 AM No comments:

We present the last species record by Troels Kjær and Henrik Friis from Olympus Danmark and the updated golden jackal species Denmark situation presented by Mogens Trolle, mammalogist of Natural History Museum Denmark (here).
We added the BAM results and questions regarding jackal applied ecology in NE Jutland Denmark in a brief technical report and we published it in e-GOJAGE bulletin. 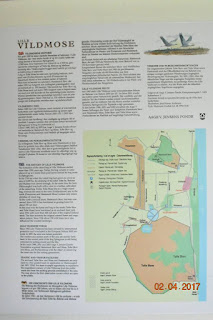 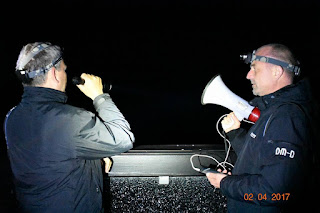 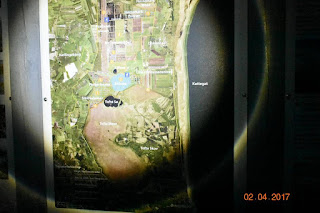 Local map of the reserve 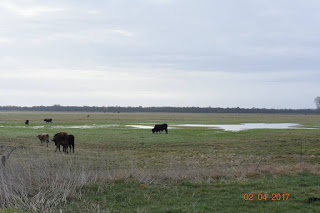 Cattle in the vicinity of Lille Vildmose 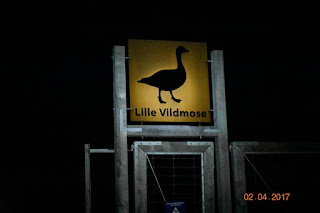 The entrance to the fenced reserve 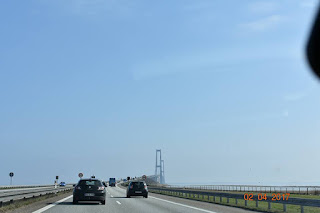 The bridge between the mainland and Copenhagen 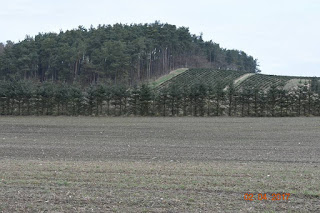 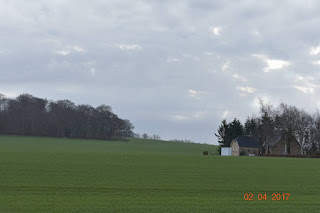 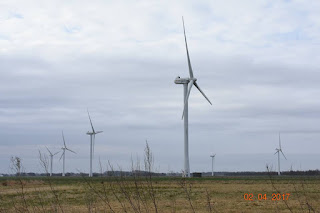 Posted by GOJAGE member at 4:19 AM No comments: 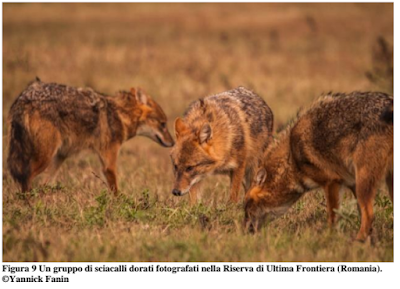 
In a context like the European one, where the population of golden jackal (Canis aureus) is increasing, my work is intended to provide starting points for the development of new non-invasive monitoring methods to combine with existing ones, for the census of natural populations. The data for the study were collected in Ultima Frontiera Reserve in Romania. 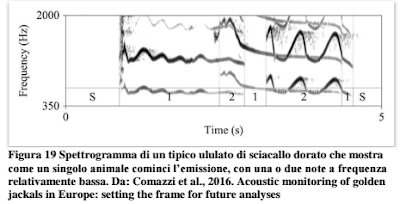 Data on the presence of jackals were obtained through jackal howling technique; in particular we have seen how individual animals have responded more than groups. These findings have led to the supposition that animals who responded, were animals satellites belonging to a large pack; additional data to test this hypothesis are still needed. Counting the certain minimum number of individuals from the sonogram, was performed on recordings collected in the Reserve, and the resulting estimate was compared with the number of individuals estimated by the operator in the field. It was found that when the number of vocalizing animals was higher than two, counting from sonogram underestimated the number of individuals compared to the estimate in the field. This discrepancy is due to characteristics of howling and to the distance of the animal. For the bio acoustic analysis we have used the first and second howl of several species of jackals and Canis lupus. In particular, two data sets have been processed in order to obtain the dissimilarity index between the different howls through dynamic time warping, one containing the files with the original duration and the other containing the files with standardized duration. On the matrix of the acoustic distances produced it was then applied a clustering algorithm based on the similarity between given pairs of points. The results obtained from bio acoustical analyses, highlight the importance of geographical and ecological differences of the populations and species considered, besides the importance of the duration of individual howls related to body size. In any case further analysis are necessary using a larger sample and the whole howling of considered species. The videos for behavioral analysis were collected in areas with feeding points refilled regularly. Their analysis has resulted in the frequency of behaviors and their transitions. The highest frequencies were found “for body bent down” and vigilance behaviors, and for some of the combinations that contained them. The significant sequences, contained threat behaviors. These suggest that the presence of con-specific and birds at the feeding point, can bother the jackal that feeds. Behavioral analysis showed that, in all probability the vigilance of the golden jackal in the study area is due to the presence of con-specific and birds that can steal food; based on this, it would be interesting to see if the vigilance of the animal that feeds in the presence of other animals increases and if this increase can lead to chronic stress that can affect the fitness of the jackals present in the study area.
Posted by GOJAGE member at 3:12 AM No comments: