On 10th of April 2016 a male golden jackal was injured and quickly translated to ENPA (L'Ente Nazionale per la Protezione degli Animali). After two month and 10 days the jackal was released back to the natural environment, on 21st of June 2016. The specimen was already reported by Lapini, Caldana and Amori in annual report of species trends and evolution (here) 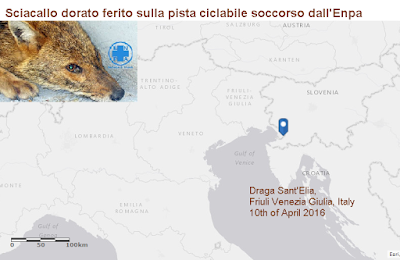 While in countries from Central and Eastern Europe jackals are intensively hunted (Hungary, Serbia, Bulgaria, Romania, Croatia) despite of jackal legal framework that stressed that jackal is communitary interest species and needs that before any population management, an accurate populations monitoring must be done as in case of chamoix, martens or polecats (as they all are listed in the same Vth Annex of EU Habitats Directive). Italy gave us a strong example of how humans are looking for nature equilibrium and species conservation. Evolution and trends of Italian population here (by Lapini, Caldana, Amori, 2016) 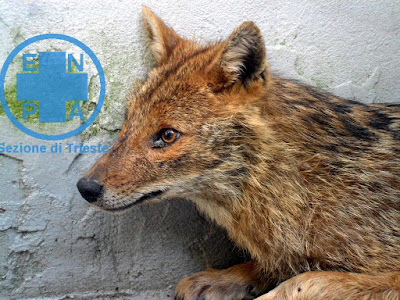 The explicit movie (here) of released specimen had more than 30.000 views in 24h.
GOJAGE expresses the most sincere congratulations to all the members of ENPA and to scientific community involved on this amazing, emotionant and recontiliation with nature event. 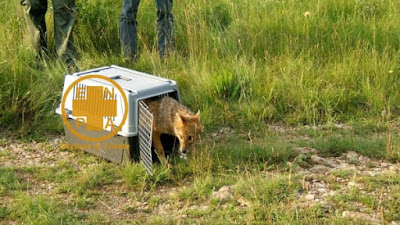 (Full story in Italian and movie on the bottom of the article, HERE TriestePrima "Cronaca" 22 June 2016)

Posted by GOJAGE member at 7:30 PM No comments: