What about golden jackal in Finland and Sweden?

Another dispersal strategy of the golden jackal to the Baltic Sea Coast, Denmark and Germany

by Ovidiu C. Banea
13.09.2015
This report will be published in E-Buletin of  GOJAGE website 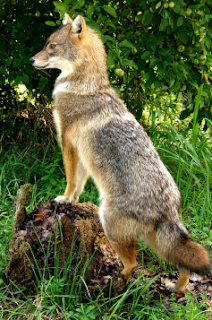 
First European jackal discovered in Denmark, this was the news we received from Dr Miklós Heltai (Gödöllő, Hungary). The jackal male with possible cryptorchidism or castrated was road killed during last summer, near the Karup locality in Central Jutlandia, Denmark.
The previous report of a jackal sighting in natural areas out of known range arrived last month from Felix Boecker (Germany). The jackal was observed during a common hunting session in Landkreis Vogelsberg, Germany. 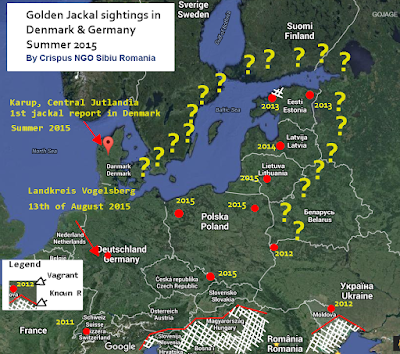 In a very quick period of time the golden jackal could cross all biogeographic region of Europe between Mediterranean and the Baltic Sea coasts. A long distance-dispersal (LDD) pattern was suggested by Banea et al 2014 at the first Jackal International Symposium in Serbia (Oct 2014). 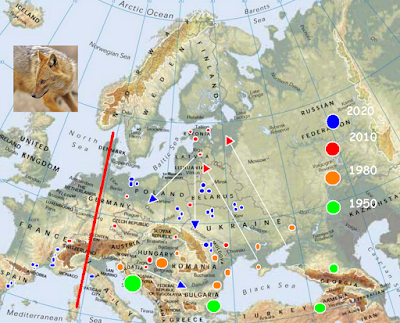 Now, the new challenge we have is to demonstrate that species arrived to Denmark from Germany or another possible migration route, southern parts of Finland and Sweden. It is known that the Gulf of Riga, Gulf of Finland and Gulf of Bothnia are frozen over five months every year and that the Scandinavian countries are linked by human infrastructures. Time will show us if the Baltic Sea northern and southern coasts will be colonized with reproductive groups of jackals at the same time as occurred with the Black Sea coasts.
Still remain to demonstrate if the male individual from Denmark is related to other closer reproductive groups or was introduced by people.

Golden jackal is not an Invasive Alien Species

An invasion begins with the introduction of a non-native species, which then establishes a reproducing population, spreads through the introduced range, and sometimes has major impacts on native ecosystems (Simberloff and Rejmánek, 2011). Non-native species, like native species, can impact human health, national and local economies, and the ecosystems and ecological communities in which they reside (Davis, 2009).
Even if invasibility, the susceptibility of a community or ecosystem to the establishment and spread of one or more introduced species (Simberloff and Rejmánek, 2011) and invasiveness, the ability of a species to reproduce, spread away from places where it is introduced, and establish in new locations (Simberloff and Rejmánek, 2011) could be assessed in the case of jackal by its high habitat plasticity (Šálek et al 2014) and common invader life history traits (Lapini and Banea, 2014), it is extremely important to avoid “invasive alien species”(IAS) terminology when is inadequate.
An IAS is a naturalized species that produces reproductive offspring, often in very large numbers, and that spreads over large areas or a nonindigenous species that spreads rapidly, causing environmental or economic damage (Simberloff and Rejmánek, 2011). The invasive species problem is simply an issue of community composition and assembly. The species invasion depends mostly of the pool of “native” species (including both the species richness and functional diversity) relative to the pool of species arriving as propagules, and how well suited each group of species is to any particular environment, invasions being more common in disturbed habitats (Perrings et al, 2010).

An Invasive Alien Species (IAS) needs to meet at least three conditions to be included on the IAS list (Convention on Biological Diversity). For jackals these conditions have never been demonstrated (Banea et al 2015, Trouwborst et al 2015).

A)  Non-native,  allochtonous, introduced by  people
This  condition  in  the  case  of the golden jackal has now become controversial  for many  researchers, including  geneticists, who assess that  the population  of  the golden  jackal present in  the  Baltic  States could  be  linked  to  the known  natural  range  of  the  main  population.  Golden  jackals could have emerged  from  the known  natural  range on the  northern  Black  Sea  coast  or  Caucasus Mountains, using the Dnieper and Daugava catchments without any relief barriers and arriving ultimately in Polesie (a jackal was shot in SW Belarus at the beginning of 2012).

B) Pose  a threat  to biological  diversity on  the  local  scale
Though  to  date no  country  within the known natural range of the golden jackal has reported any loss of biodiversity.

C) Exponential population growth
As  a phenomenon present in  some  countries  but    still representing an expression of other natural colonization patterns, with numbers below those of other  congeneric  species, such  as  foxes.  Example:  In Romania, 2.502  jackals as  compared with 17.358  red  foxes  were  shot  in the 28  counties  during the 2012-2013  hunting  season. It seems  that  the  howling  behaviour  of  golden jackals  may  produce a false impression of  high numbers of animals near villages, which has led  to overestimation of the population size.
The introduction of jackals by humans in Baltic States is an hypothesis which have never been demonstrated, oppositely, it seems that jackals arrived to the Baltic Sea coast naturally from the known range.

If jackals fill all stages of an invasion process, with establishment, spread and impact on local biota this may indicate that they invaded a disturbed ecosystem or that the natural areas and patches which are not colonized in vicinity of knowing clusters are represented by “healthy” ecosystems with good species richness and functional diversity, as probably exists in W Polesia and NE Poland.

We may consider then that if the golden jackal species hypothetically increases its number and establish new clusters of reproductive groups in Germany, Denmark, southern parts of Sweden or Finland, together with biological diversity loss at local scale, this would constitute an indicator of a bad management of natural areas or hunting terrains or simply that the ecosystems were deficient regarding trophic networks.

Trouwborst A., Krofel M. & J.D.C. Linnell. 2015. Legal Implications of Range Expansions in a Terrestrial Carnivore: The Case of the Golden Jackal (Canis aureus) in Europe. 24 Biodiversity and Conservation

Posted by GOJAGE member at 1:09 PM