Potential ecological area of the golden jackal (Canis aureus) in Austria. Status, habitat factors and modeling approach is the name of the recent Master thesis presented in March 2015.


According to the suitable jackal habitat modelling approach based in GIS and CORINE 2006 instruments together with actual European concerns regarding jackal population ecology, dispersal patterns and golden jackal habitat ecological factors we propose a Bio-Acoustic Monitoring (BAM) survey in Austrian natural areas where jackal has been reported before (1989-2015). 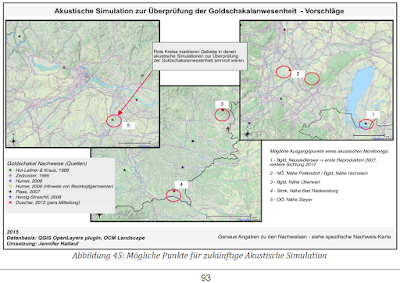 Golden jackal (Canis aureus) is a Community Interest species ("Habitats Directive" 92/43/EEC) listed in Annex Va together with pine marten (Martes martes), European polecat (Mustela putorius) and chamois (Rupicapra rupicapra) between other mammals. Monitoring of conservation status is an obligation arising from Article 11 of the Habitats Directive for all habitats (as listed in Annex I) and species (as listed in Annex II, IV and V) of Community interest. Consequently this provision is not restricted to Natura 2000 sites and data need to be collected both in and outside the Natura 2000 network to achieve a full appreciation of conservation status. The main results of this monitoring have to be reported to the Commission every six years according to Article 17 of the directive.
Article 14 places a requirement for further surveillance of exploited species of flora and fauna listed in Annex V where necessary. After that management measures could be applied. In Austria as in many countries of Central and SE Europe monitoring of species is deficient and commonly done by inexpert people. When management measures are applied in case of Community Interest species a series of hunting methods should be avoided. These hunting methods which are prohibited are listed in the Annex VI of the "Habitats Directive" 92/43/EEC. 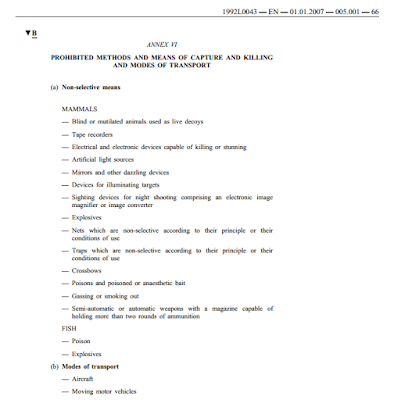 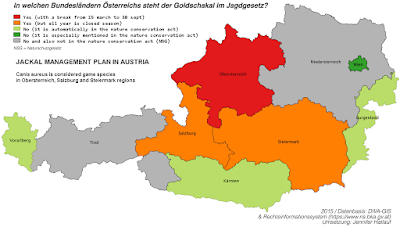 We are now suggesting BAM survey in natural areas of Austria with known historical reports of the golden jackal species complementary to the census programs performed by the Game Species Management Authority and in close collaboration with hunters and Nature Conservation bodies.